Vapeware Limited is a micro company established in Ireland.

The company’s owner is myself, Yann (Ian). I’m a French citizen living in Ireland since 2004.

I came to Ireland to work in a French speaking IT helpdesk, and stayed for the people, the lifestyle, and the overall craic 🙂 .

I discovered vaping in 2011 and replaced the “analogs” by vaping in 2012. Over the years, Vaping, become a sort of hobby, starting with making my own coils, brewing some DIY, and trying quite a few kits and mods over time!

While working in IT services was overall a great experience for me, I secretly dreamed of making a living in the vaping industry, and doing so, maybe helping other people like me to quit smoking and improve their health.

I created Vapeware Ltd in December 2020.

Vapeware. It’s a bit of an odd name, but it reflects two of my hobbies and passions: Vaping and IT.

If the connection isn’t obvious it’s probably because it only exists in my mind… For me, e-liquid is bit like the software of the hardware e-cigarette, so vape…ware!

It’s also a pun on “Vaporware” which is a name, in the IT world, for software that never gets released. That almost was the name of the company, but I though it was not a good omen to name my business with such a burdened name!

Last but not least, I realized at some point that Vapeware was almost a perfect anagram for “we are vape”, and then I was sold.

In October 2021 (finally) the Vapeware shop opened its doors for the first time, and that is a dream come true!

As a company we have multiple objectives:

Vaping saves lives, and the more smokers switch to vaping, the better it is, for themselves individually, but also the the general public, whom, through their taxes pay for the healthcare costs of dealing with the consequences of smoking.

So one of our main objective is to help making vaping more easily available to the good people of Leixlip, Co. Kildare where are we located, and by extension to the rest of the country.

We also want to help defend vaping against the assaults of those who decry it or want to make it expensive or impossible for people to vape legally.

At this point in time unfortunately, the WHO, the EU, Big Tobacco, Big Pharma, try to limit the reach of vaping throughout the globe.

We think it’s critical that people who hold vaping as a GOOD thing defend it, by talking to their political representatives and by their votes. We have to also support the efforts of those who have started this fight, such as the IVVA (Irish Vape Vendors Association) or the IEVA (Independent European Vape Alliance).

We also think people are not informed well enough, and don’t follow what is being decided at the highest levels of government in the EU and in Ireland, so we want to help spread the message and fight against misinformation.

For vaping to be more attractive than cigarettes, it has, amongst other thing, to be cheaper than smoking.

Part of that, is to avoid extra taxes and levies on vaping products, so it joins the previous objective, but it’s also up to us, retailers, to do our best to keep prices affordable, and it is one of our objectives here at Vapeware!

You can contact us by phone or email, using the details displayed at the top of the page. 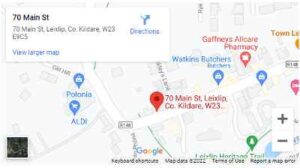 Opening Hours –  How to get there – Etc…

If you're pregnant, don't smoke or vape.

Vaping is prohibited to minors

Continue Shopping →
Item added to cart.
0 items - €0.00
Checkout
We use cookies on our website to give you the most relevant experience by remembering your preferences and repeat visits. By clicking “Accept All”, you consent to the use of ALL the cookies. However, you may visit "Cookie Settings" to provide a controlled consent.
Cookie SettingsAccept All
Manage consent

This website uses cookies to improve your experience while you navigate through the website. Out of these, the cookies that are categorized as necessary are stored on your browser as they are essential for the working of basic functionalities of the website. We also use third-party cookies that help us analyze and understand how you use this website. These cookies will be stored in your browser only with your consent. You also have the option to opt-out of these cookies. But opting out of some of these cookies may affect your browsing experience.
Necessary Always Enabled
Necessary cookies are absolutely essential for the website to function properly. These cookies ensure basic functionalities and security features of the website, anonymously.
Functional
Functional cookies help to perform certain functionalities like sharing the content of the website on social media platforms, collect feedbacks, and other third-party features.
Performance
Performance cookies are used to understand and analyze the key performance indexes of the website which helps in delivering a better user experience for the visitors.
Analytics
Analytical cookies are used to understand how visitors interact with the website. These cookies help provide information on metrics the number of visitors, bounce rate, traffic source, etc.
Advertisement
Advertisement cookies are used to provide visitors with relevant ads and marketing campaigns. These cookies track visitors across websites and collect information to provide customized ads.
Others
Other uncategorized cookies are those that are being analyzed and have not been classified into a category as yet.
SAVE & ACCEPT

Hi all, we're closed on Monday 06/02 (BH). The shop will re-open at 10:00am on Tuesday, and online orders will be processed on Tuesday morning. Dismiss